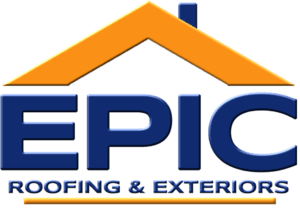 Refer a Friend
Review Us

Refer a Friend
Review Us
Menu
Facebook-f
Home
roofing
What Can We Expect for the 2020 Hurricane Season?

What Can We Expect for the 2020 Hurricane Season? If you live or own property in Southwest Florida, you’re probably well aware that hurricane season is quickly creeping up. The Atlantic hurricane season officially begins on June 1 and lasts all the way until Nov. 30. Weather experts are weighing in on what this year’s season could entail, and there is a lot of information continuing to circulate as we get closer to June. So far, the vast consensus is that this year is poised to bring above-average hurricane and tropical storm activity that will likely be more extreme than last year. There are several factors that go into determining the severity of hurricane season each year. It’s important to be aware of what experts are saying so you can make sure you’re properly prepared

Weather patterns are complex, but two red flags that indicate the possibility of a strong hurricane season are:

● Lack of an El Niño

In our current climate, there is no presence of an El Niño. Experts are predicting that a La Niña pattern could form by late summer or early fall – right in the middle of hurricane season. This means that we could see warmer temperatures in the tropical Atlantic and cooler temperatures in the Pacific. Tropical storms and hurricanes form more easily in warmer water, and water with higher temperatures is also known to make those storms gain strength much more quickly. With water surface temperature reading at above average, many experts note this as a contributing factor for a more active season than we’re used to seeing.

An Above Average Season is on the Horizon

According to many meteorologists, Floridians should be prepared for an above-average storm season this year. In addition to more storm activity overall, experts are also predicting for us to see more major hurricanes (anything Category 3 and above) making landfall than the average year. Accuweather is predicting 14 to 18 tropical storms and 7 to 9 hurricanes in total. Of the hurricanes, they believe we could see 2 to 4 of them hit category 3 or above. Those 2 to 4 major storms are also predicted to impact the U.S. directly. Meteorologists at Colorado State University believe that there’s a 69% chance for at least one major storm to make landfall somewhere on the U.S. coastline.

Of course, we won’t know the full effects that this year’s hurricane season will have until it actually happens, but it’s important to be prepared for anything. With so many experts in agreement, knowing what may be on the radar for the 2020 season is vital.

Was your property damaged by Hurricane Irma in September 2017? If you still haven’t filed for those damages, the deadline is approaching just as quickly as this year’s hurricane season. For Florida home insurance policyholders, Sept. 10, 2020, is the last date to file your Irma claims. If you haven’t filed those claims yet, it would be best to do so before it’s too late or your home has to weather another major hurricane. Be sure to contact your homeowners insurance agency with any questions you may have or to check up on your current protection policy.

The Time to Prepare is Now

One of the most vital aspects of ensuring the protection of your property is your roof. If you need roofing help, our team is here for you. Whether you need an inspection, repairs, or a replacement, our experts can take care of it. Reach out to us today for a free estimate. We hope that we can help you safeguard your property against this year’s Florida hurricane season.